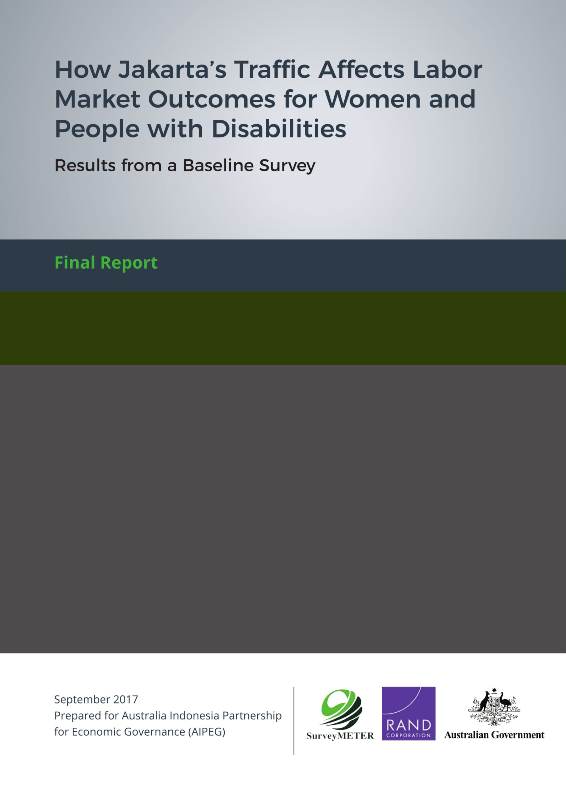 In September 2016, the Australia Indonesia Partnership for Economic Governance (AIPEG) commissioned SurveyMeter and the RAND Corporation to conduct a baseline survey to assess the extent of transport problems currently encountered by women and people with disabilities that may influence their labor market outcomes. When combined with future surveys, these baseline data may enable an impact assessment of future public transport programs on FLFP and other gender and disability-related objectives. This final project report reviews the literature on FLFP and commuting costs, describes SurveyMETER and RAND’s approach to designing the survey, and summarizes major findings from the baseline data.