Can Bali become a paradise for ageing? 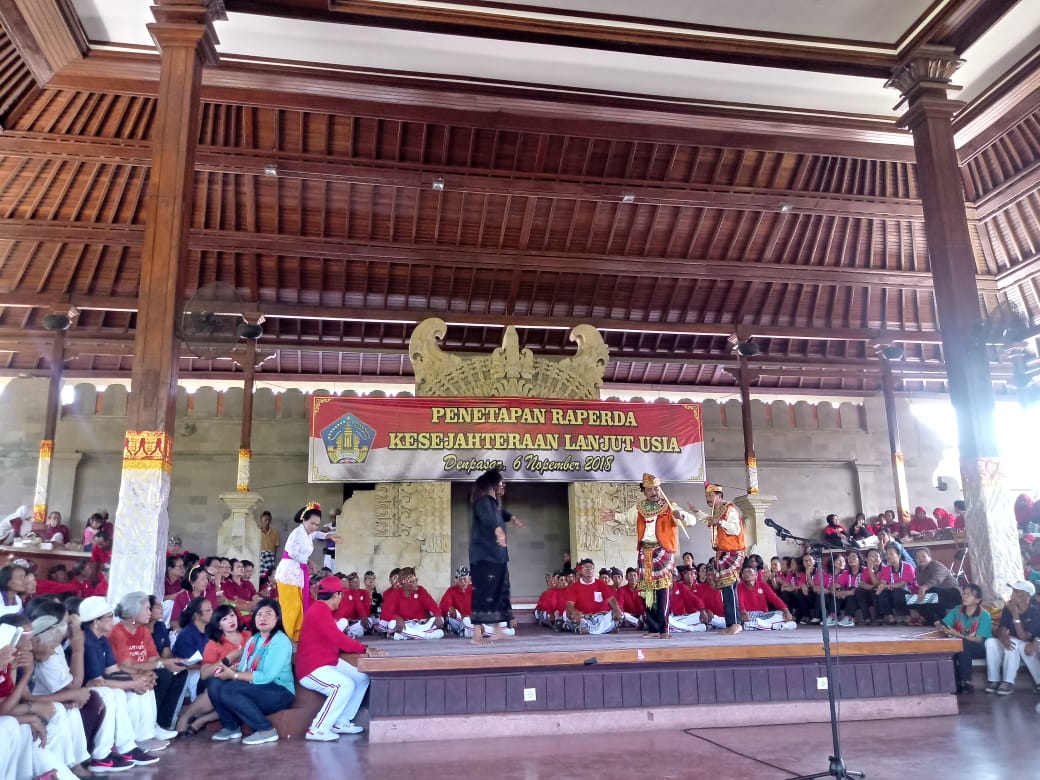 As Bali gains a reputation not only as a tourist destination but as a retirement option for Indonesians and foreigners, the island province is considering how to better accommodate its own elderly population.

Dementia, including dementia resulting from Alzheimer’s disease, is a brain disorder that influences an individual’s emotions, memories and decisions. It is a common ailment among elderly populations, and has been highlighted as a public health priority by WHO, which is working to build awareness of its symptoms and how to prevent it.

These findings come from a large-scale study of dementia in Bali and Yogyakarta by SurveyMETER in collaboration with Alzheimer Indonesia, the Suryani Institute for Mental Health, and Atma Jaya and Udayana Universities, funded by the Knowledge Sector Initiative.

Deeper analysis reveals that elderly people in Bali generally have a lower level of education than those in Yogyakarta. The majority of Bali’s senior citizens were also found to live in rural areas, where they are statistically more likely to suffer from stress and non-communicable diseases. A low level of social participation further drives their vulnerability. In combination, these factors help to explain the high rate of dementia among Bali’s elderly population.

Guided by the research, a pilot project(link is external) trialling an “elderly- and dementia-friendly community(link is external)” was launched in September 2018 in Ketewel village, in Bali’s Gianyar district, where rates of dementia were found to be the highest. It aimed to raise awareness about the symptoms of dementia, and how to take preventative action to minimise the risks of developing it.

Bali’s government and Regional Representatives Council (DPRD) issued a policy on elderly wellbeing in late 2018, setting a good example for evidence-based policy for this vulnerable section of the population.

The costs of ageing

According to a 2017 WHO report, the social and economic impacts of dementia are borne not only by individuals but also their families and communities, and by extension, the nation. The estimated cost of dementia globally reached US$1 trillion in 2018, and is projected to reach US$2 trillion by 2030, according to last year’s World Alzheimer Report. Expenses can arise from medical costs, salaries for caregivers, or the opportunity cost of other household members who give up paid work to take care of elderly family members with dementia.

The Ministry of Health points to ageing and an increase in the prevalence of non-communicable diseases as the main factors behind cognitive decline. These conditions can curb daily activities, which can eventually accelerate the onset of Alzheimer’s disease and other types of dementia among the elderly.

Stigma and misinformation about dementia remains a global issue, and remains relevant in Indonesia. Of most concern, dementia appears to be broadly considered a normal part of ageing across Indonesia, with very little awareness of preventative actions that can be taken.

The Bali government’s new policy takes a rights-based approach to ensuring well-being among its elderly population. Under the new policy, Bali’s elderly individuals are guaranteed access to geriatric care in public health facilities without charge. Further, the policy affirms the right of the elderly population to protection from exploitation, violence, poor treatment from inside or outside the home, and from natural disasters.

Encouraging an active life into old age, the policy also affirms the right of the elderly to be involved in the community and to obtain a decent job. Financial support for the policy has been pledged under provincial, district, and village statutes and bylaws.

A paradise for all?

Before the pilot project in Ketewel, about 90 per cent of elderly residents had never heard of dementia. So the first step was to raise awareness and understanding among the whole community about what dementia is, how to prevent it, and what the risks and symptoms are.

Further training in treatment of people with dementia was conducted by Alzheimer Indonesia, followed by training for health workers in community health centres (puskesmas) and related local government staff in Gianyar district.

Ketewel village officials supported the project by reviving integrated health services for the elderly (posyandu lansia), introducing nutritious food subsidies, and organising group activities for the older population. These programs aim to improve general well-being among the elderly, as well as minimise the risk of developing dementia.

Ageing is a fact of life, but well-being outcomes for the elderly are better when they are supported by their families, communities and government. Dementia should not be seen as inevitable part of ageing, but a condition that can be prevented and treated.

Stakeholders must sit together and make a concerted effort to increase general knowledge of dementia and its symptoms, and to promote early prevention efforts, including expansion and improvement of health services for the elderly.

The approach being trialled in Ketewel sets an example for how the whole community can be involved in improving well-being among the elderly, something that will become of vital importance in a rapidly ageing Indonesia.

*Riska Dwi Astuti is a researcher at SurveyMETER, a research institute in Yogyakarta.