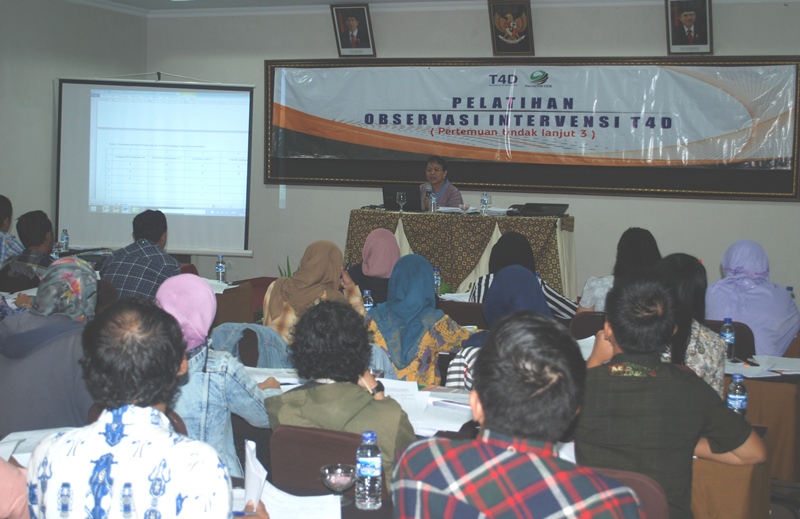 SurveyMETER in collaboration with the Transparency for Development (Transparency for Development (T4D) Program) conducted observational research on intervention programs. This research is the second stage of observation of the 3rd follow-up meeting conducted by the field facilitator from PATTIRO with the community mobilization group (PW) in the intervention village. This study will be conducted from February to March 2016.

Aside from observing the meeting between the facilitator and the PW group, this follow-up study also still interviews key informants in the intervention village. The study area is in 100 villages where the T4D Program was conducted. The 100 villages are in 17 selected districts / cities in Banten Province (Pandeglang Regency, Lebak Regency, Serang Regency, Tangerang Regency, and Cilegon City) and South Sulawesi Province (Bone, Wajo, Soppeng, Sidrap, Pinrang, Bulukumba , Bantaeng, Enrekang, Sinjai, Luwu, Maros, and Barru).

This T4D program has two main objectives. First, for transparency in the community through identifying the main barriers in maternal and newborn health services (KIBBLA) and overcoming them through social actions carried out independently. Second, to evaluate the impact of the program in the key indicators of KIBBLA (for example the percentage of women giving birth in a health facility, the percentage of women making pregnancy planning, etc.). (JF)