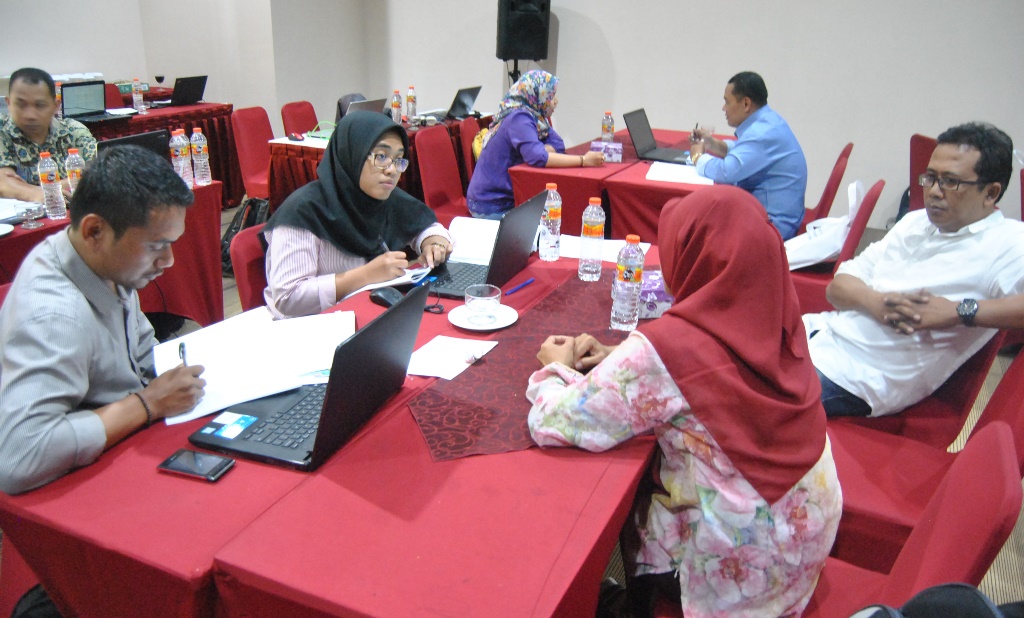 The Millennium Challenge Corporation (MCC), a United States Government Organization under the administration of the Millennium Challenge Account-Indonesia (MCA-Indonesia) honored SurveyMETER to carry out a study on capacity building for integrated maternal and child health data management in villages and health centers. It is to evaluate and assist the implementation of the community-based health and nutrition to reduce stunting project (PKGBM), which is one of the programs approved by the Government of Indonesia with MCC for a period of five years (April 2013 - April 2018).

PKGBM was developed as it noticed the conditions and background that approximately 8.9 million (ranked fifth in the world) Indonesian children were recorded to experience suboptimal growth. More than a third of children under the age of five in Indonesia are below the average height. It is estimated that there are also around 3.3 million Indonesian children under five were stunted, which can have a major impact on their lives, putting them at higher risk of chronic disease, delayed cognitive development, delayed enrollment in school, and reductions in future earnings. To overcome this, intervention in the first thousand days becomes very important.

PKGBM is committed to this intervention with the Nutrition Project which builds on the success of the National Program for Community Empowerment-Healthy and Smart Generation (PNPM-Generasi) in 11 provinces by increasing demand-side, community-driven development (CDD) projects with indicators related to public awareness about nutrition and stunting. In particular, the objective of the Nutrition Project was to reduce and prevent low birth weight, childhood stunting, and malnourishment of children in project areas and increase household income through cost savings, productivity growth, and higher lifetime earnings. In the long term, the project is expected to increase household income through savings in health costs and increased productivity. The project also aimed to determine the effectiveness of the use of MCC funding in a multi-donor trust fund, managed by a multilateral institution, and its impact on poverty reduction. Design was based on the findings of a rigorous impact evaluation for a previous intervention, which found that an existing GOI program was delivering positive health and school enrollment impacts at the community level, but qualitative data suggested that communities that wanted services could not get them from their local health posts. The evaluation suggested that greater impact might be possible if the “demand-generating” community empowerment and education activities were coupled with a “supply-side” set of interventions to meet this demand. The Community Projects Activity, also known as the “demand side, community-driven development (CDD) provided community block grants and participatory technical assistance to communities. This included the National Community Empowerment Program, and Healthy and Smart Generation.

The objectives of the activities administered by SurveyMETER are to encourage the absorption and use of data related to stunting by health service providers, particularly midwives and puskesmas staff, as well as to promote evidence-based policy-making processes at district, provincial and national levels. The scope of its services consists of three main tasks, namely (1) data collection and verification, (2) capacity building for data management for Puskesmas, (3) Data Quality Review, (4) Reporting.

The method is a combination of mentoring midwives and collecting health data (mother, children, infant, and sanitation) in the study area. The need for basic data from midwives is important to know in real-time the state of health in the study area. For these data needs, data collection was carried out on a quarterly basis, to be stored in a strong database system and accessible to stakeholders at the village, district, provincial and national levels. The results of data analysis from it complemented the basic data since it allows continuous observation. It has also functioned as a mechanism for reviewing data quality and verifying the validity of data reported by midwives.

The mentoring activities to increase data management capacity were carried out to puskesmas and village midwives that planned to implement in 4 rounds. The sentinel study was conducted by face-to-face interviews with selected households consisting of pregnant women and/or infants following the 8 modules: demography, individual child nutrition, individual nutrition for pregnant and breastfeeding women, child morbidity, sanitation, nutrition, socio-economic, and anthropometric measurements. Also, the questionnaire module for the gap analysis and the protocol both to the puskesmas and the village midwife.