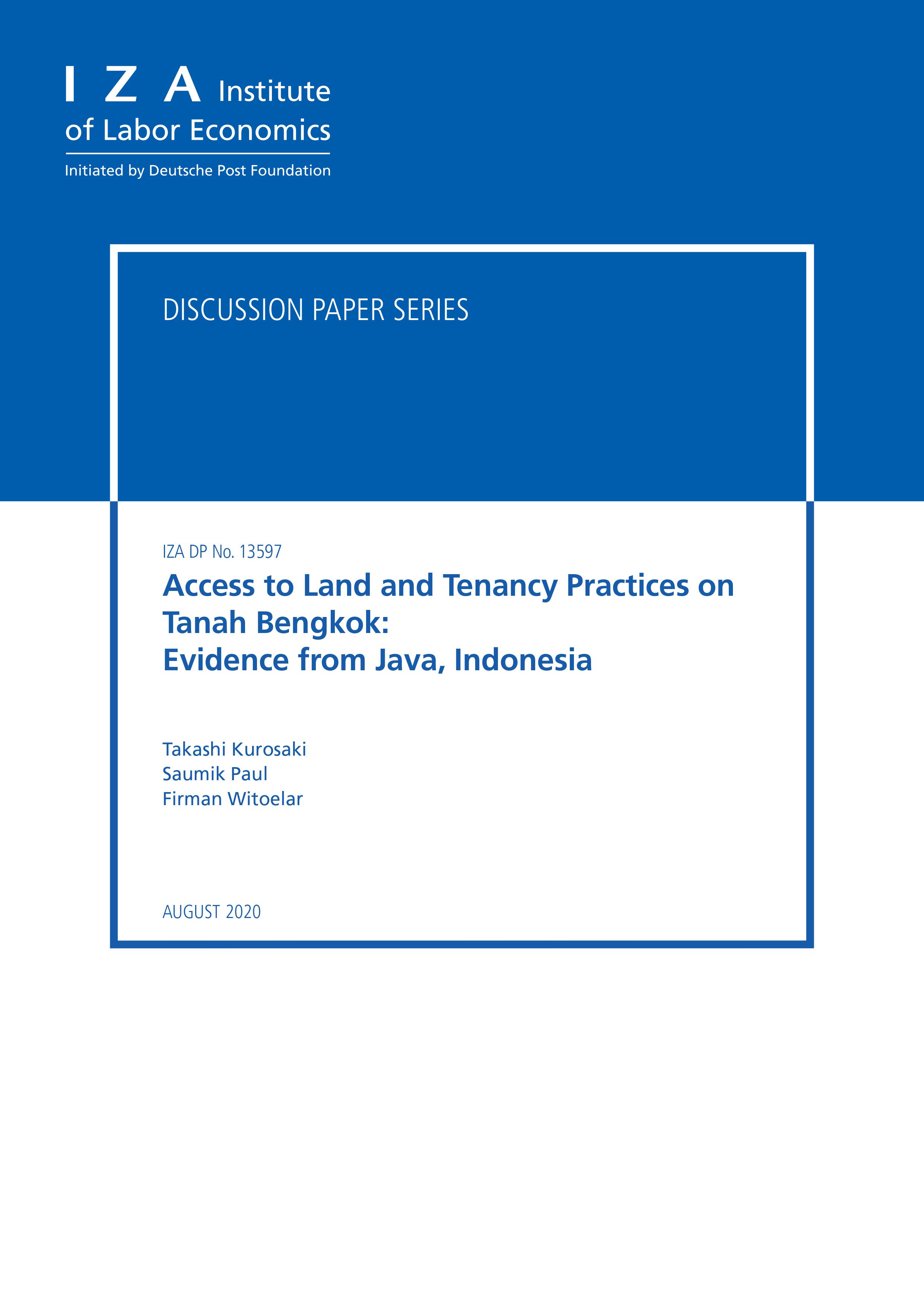 The discussion paper of the 2018 village land management study conducted by SurveyMETER has been released. It entitled “Access to Land and Tenancy Practices on Tanah Bengkok: Evidence from Java, Indonesia” was published by the IZA Institute of Labor Economics —a research institute in Bonn, Germany— in August 2020 edition. It was prepared by the researchers: Takashi Kurosaki (Hitotsubashi University), Saumik Paul (the University of Newcastle and IZA), Firman Witoelar (SurveyMETER, currently a Fellow at the Indonesia Project, Crawford School of Public Policy of the Australian National University). It discloses data related to the efficiency of crooked land ownership during the leadership of the village head who was directly elected by the community. It shows the pattern of crooked land use by village officials, as follows: