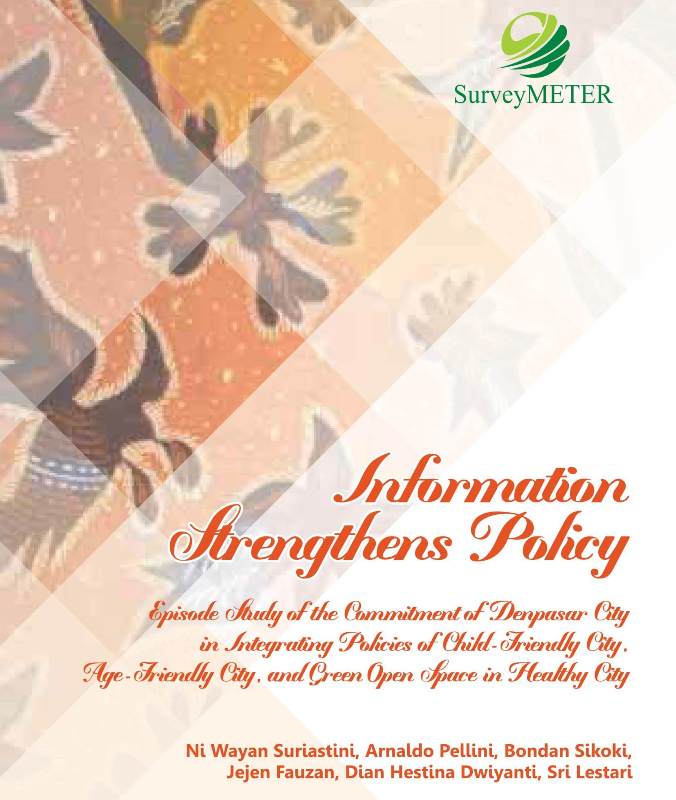 SurveyMETER and Centre for Aging Studies at the University of Indonesia conducted an assessment of age-friendly city in 2013. Several months later, the dissemination of the result was done in the sample cities including Denpasar. It was responded by the emerging commitment of Denpasar City in integrating policies of child-friendly city, age-friendly city and open green spaces in a healthy city through a seminar on October 2015.

How this study can strengthen integrative policy in Denpasar? SurveyMETER investigated it through an episode study. The result can be downloaded here.