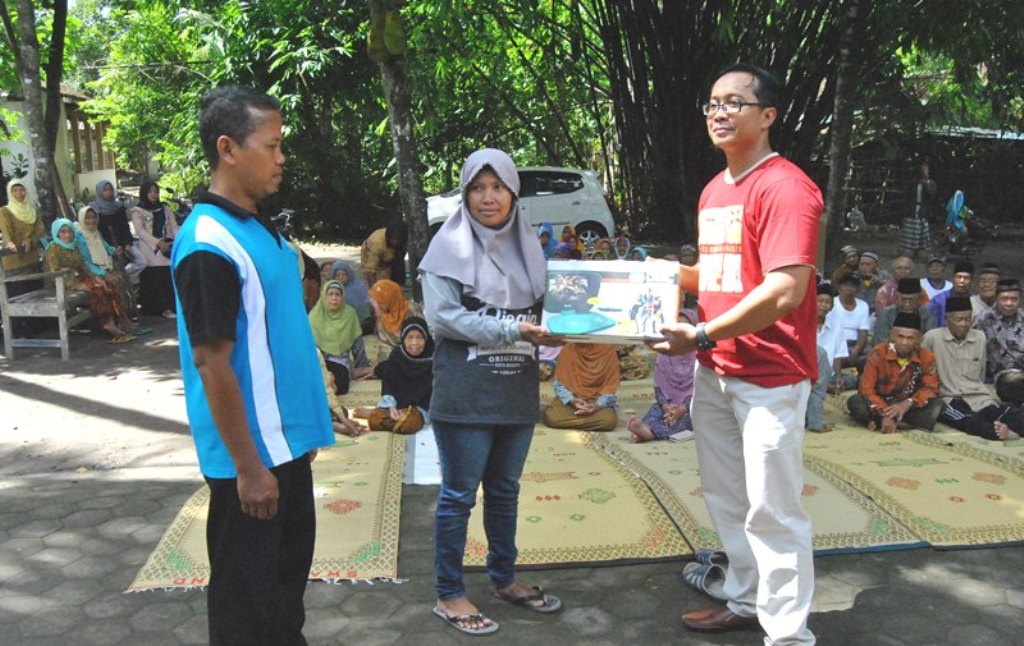 On Sunday morning (12/31/2017) SurveyMETER in collaboration with the Government of Guwosari Village held an Iroyudan Village Elderly Gathering event. The activity was held to welcome the Posyandu Elderly Bougenvil Iroyudan Hamlet Posyandu program that will be conducted by SurveyMETER from January 2018.

The event was held at 09.00 until 11.30 WIB taking place in the court house of the Head of Iroyudan Hamlet. The event was attended by seventies older people (simbah-simbah) who had been arriving since morning as well as all elderly posyandu cadres.

The series of events was an introduction from the Head of the Hamlet, an explanation of the plan of activities by the program implementing coordinator (Titis Putri Ambarwati accompanied by Posayandu Elder Bougenvil cadre coordinator), remarks from the Head of Guwosari Village, anti-senile gymnastics, presentation of SurveyMETER study results on the elderly Posayandu in Bantul, coupled with the opening of the Posayandu Elderly Bougenvil cadre symbolic activities, banana leaf and coconut leaf creations, and door prize distribution.

In her explanation, Titis said that starting in January 2018, the Posyandu for the Elderly service was separated from the Toddler Posyandu. Every Posyandu will be examined by elderly health and gymnastics with varied material. In addition the assistance program also schedules home care activities for elderly who are bedridden (sick and only able to lie down at home).

While Head of Guwosari Village, H Suharto, in his speech hoped that all of them would actively participate in posyandu activities because actively going to posyandu could find out which health needs to be maintained. In addition, this posyandu is also a place for friendship and friendship with others. Suharto also thanked SurveyMETER for extending the reach of mentoring.

The next step is a series of natural and gay walks. Elders were enthusiastic when invited to anti senility exercises. Their smiles and laughter swelled between the movements. Some elderly people who are unable to do so while sitting. They also nodded their understanding when SurveyMETER researcher Endra Dwi Mulyanto explained the results of the study and the importance of the Posyandu for the elderly carried out in Bantul Regency.

The atmosphere is even more exciting when simbah kakung is welcome to make creations from yellow leaf and simbah putri from banana leaves. A few minutes later they scrambled to show off their creations to get a "door prize" gift. (JF) 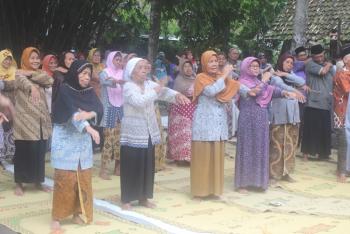 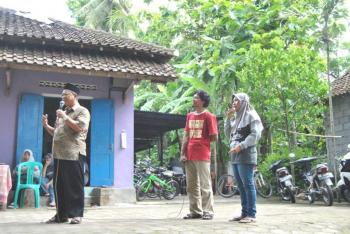