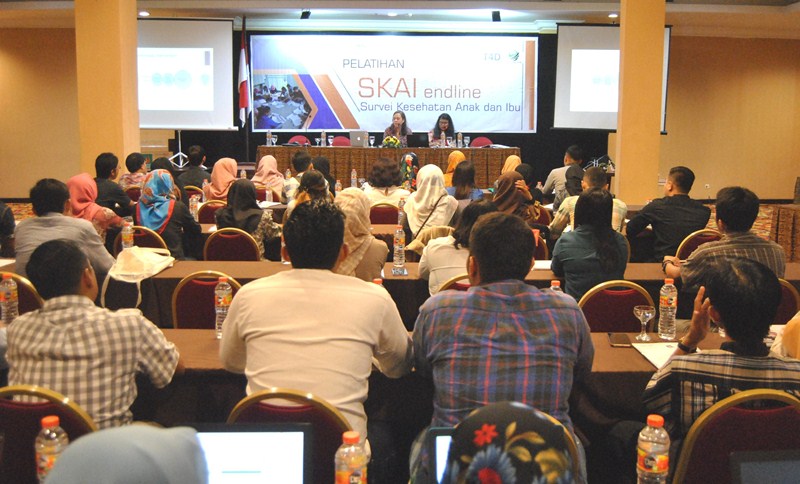 SurveyMETER is working with the Transparency for Development (T4D) Program to collect data on the Maternal and Child Health Survey (SKAI). This survey is the endline of the same study conducted in 2015.

SKAI is a study conducted to see the impact of the T4D program led jointly by Harvard Kennedy School and Results for Development Institute (R4D) to assess the extent to which well-designed Transparency and Accountability interventions (T / A) can improve Maternal Neonatal and Child Health (MNCH).

Similar its baseline, study data were collected in three categories namely health, community, and household survey facilities. The community and facilities survey team (Komfas) first collected data and made a listing that would be the household team's reference in determining the sample.